Ali Dougal, Publishing Director for Fiction at Egmont, secured the deal with Rebecca Ritchie, on behalf of Stephanie Thwaites, at Curtis Brown.The first book in the World Elite Dance Academy series, Billie’s Big Audition, will publish in May 2017 with book two following in July 2017 and book three in September 2017.

Ali Dougal said of the deal: ‘We’re so proud to be publishing this commercial, energetic, accessible dance series, which embraces difference and perfectly chimes with Kimberly’s drive to promote children’s wellbeing through dance, and Egmont’s aim to inspire all children to read.’ Kimberly Wyatt said of the deal: ‘Dance can do amazing things for your confidence and ability to dream big, work hard and believe in yourself. I’ve been inspired by so many dance teachers and dancers all over the world throughout my 25+ years as a dancer, choreographer, pop star and teacher. I hope the World Elite Dance Academy series empowers the next generation of dreamers and doers like me.’

About the series Be You. Be Fearless. Be Authentic. Billie has dreamed of being a dancer for as long as she can remember – but things aren’t easy. Billie’s dad died when she was little, and she dances to express her feelings. Now she has an audition at the World Elite Dance Academy run by the inspirational Miss Murphy, whose motto is ‘Never Say I Can’t’. Will Billie be able to get over her nerves and win a place at her dream school? Join Billie and her new friends on a fierce, empowering journey.

Kimberly Wyatt rose to fame as a member of one of the biggest girl-groups of all time, The Pussycat Dolls. Together they sold over 55 million records world-wide. Now a firm favourite on UK TV screens, Kimberly has appeared as lead judge on SKY 1’s Got To Dance, and CBBC’s Taking the Next Step. In 2015 she was crowned the winner of BBC1’s hugely popular, Celebrity MasterChef.

Passionate about keeping fit, eating well and being the best version of yourself, Kimberly has become a positive role model and a fitness inspiration for many. She tours schools with her Well Fit campaign with the Youth Sport Trust, promoting messages of physical and mental wellbeing. In 2014 Kimberly became a mother to daughter Willow. Billie’s Big Audition is Kimberly’s first children’s book.

Billie’s Big Audition by Kimberly Wyatt will be published by Egmont Publishing on 4th May 2017 in paperback, price £6.99 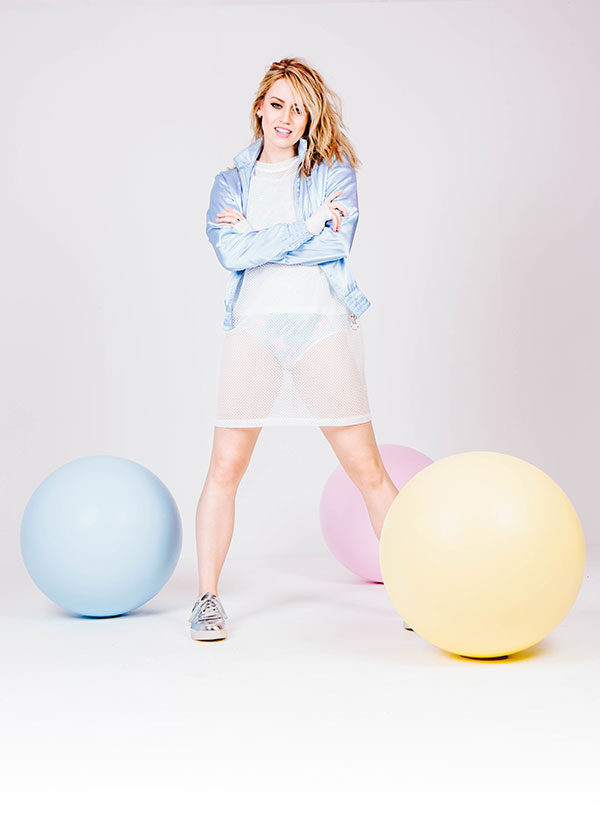