This summer a sizzling line-up from the worlds of music, sport and show business will battle it out to become Celebrity MasterChef 2015, as the ever popular series returns for its tenth anniversary to prime time BBC One, it was announced today.

John Torode and Gregg Wallace will be putting their own taste buds through a range of lip-smacking and possibly distasteful dishes as they discover which celebrities have the palate and skill to secure a place in the Semi-Finals.

Executive Producer for the BBC, Carla-Maria Lawson said: “This year’s intake of celebrities are amongst the most skilled to brave the MasterChef challenge. Their culinary journey makes for a thoroughly entertaining and thrilling ride!”

This series will see 12 programmes air over six weeks. The first four heat weeks concentrate on whittling down the celebrities; testing their abilities until only the best eight go through to the fifth and Semi-Final week.

The first, 60-minute episode of each heat week sees five new celebrities face the infamous Invention Test before being thrown straight in at the deep end – heading to a professional restaurant kitchen and preparing dishes for paying customers. Split into two groups, the hopeful stars need to keep their wits about them as they cook under acclaimed chefs with high standards and tightly run kitchens. The five celebrities then head back to the MasterChef kitchen to prepare a two-course menu of their own design for John and Gregg, after which it’s the end of the competition for one.

The four remaining celebrity contenders return the following night for an exciting 90-minute episode as they face three more culinary challenges. First, with a test all about teamwork, it’s the return of the entertaining Relay Invention Test. Split into two teams, each group must invent two dishes – a main and a pudding – but in relay! Next it’s the mammoth Mass Catering Challenge where the celebrities are let loose on hoards of hungry people at a range of pressured and busy venues, ranging from the All England Lawn Tennis and Croquet Club (home to the Wimbledon Tennis Tournament) to Moorfields Eye Hospital. Finally, battle for a coveted place in the final eight reaches its climax as the four return to MasterChef headquarters to cook a faultless two course meal for guest judges – past Celebrity MasterChef champions and finalists, including amongst others, 2013 winner Ade Edmondson, 2014 finalist Wayne Sleep, semi finalist Christopher Biggins, and 2014 reigning champion Sophie Thompson.

Two celebrities from each heat week make it through to Semi-Final week where they must endure even more nerve-racking and enthralling challenges including: catering a Victorian feast from specially constructed tents for 70 of the workers and volunteers at Blists Hill Victorian Town in Shropshire, and cooking a Mad Hatters Tea Party to celebrate the 150th anniversary of the story Alice in Wonderland, whilst working under one of countries greatest development chefs, James “Jocky” Petrie.

The sixth and final week sees the remaining, and now impressive cooks, draw on all the skills they have learnt during their MasterChef journey when they face not only John Torode’s unnerving Palate Test, but also the notorious restaurant critics in the terrifying Critic’s Test.

This year’s 90-minute Final is a double-whammy as the three best celebrity cooks first have to face the most terrifying of Chef’s Tables – an all-female affair hosted by Michelin starred Angela Hartnett and feeding five of the countries most revered female chefs. After this they must return to MC HQ and cook their best three-course meal for John and Gregg, before the judges decide who the true cooking star is and worthy of becoming Celebrity MasterChef 2015.

Executive Producers for Shine: Soho, Karen Ross and David Ambler, said “This year’s Celebrity MasterChef sees more catastrophes, competitiveness, disasters and edge of seat moments than we have ever come across before. Marry that with some of the most delightful, determined and inspired cooks producing some truly amazing food and we have a competition that is really fitting for our tenth anniversary!” 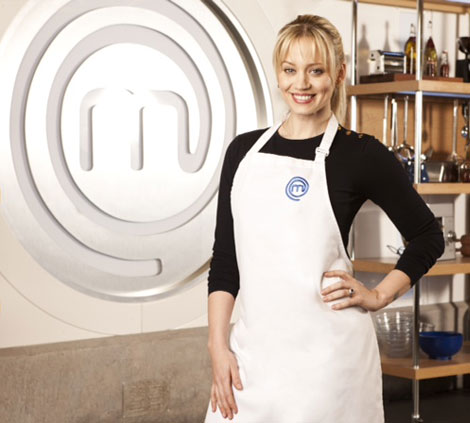